I spent two days at Wood Bottom Recreation Area. This is where I was dropped off while my support crew headed back to St. Louis, Mo. Best support crew a guy could ever want.

The two days were spent sorting how I wanted all my gear, food, and water in the canoe. I also got my first water sample for Adventurers and Scientists for Conservation participation in the Microplastics research by

One of these two days Zeusy and I had to get under a tarp for the majority of the day. I recorded a temperature of 102° F and heard Loma, Mt officially declared the top temperature at 103° F. Way too blithering hot for a dog covered in black fur to lay in a canoe under direct sunshine. We would wait until tommorrow to launch. We may drive each other nuts sometime, but me and my pal haven’t hurt each other yet. No since in starting at this stage of our lives together. I mean outside of stepping on each others paws accidentally.

So the next morning I loaded up the canoe and had Zeusy get in. Understand that Zeusy did not take to lying down in the canoe as I paddled along. His 100 lbs of handsomeness would flip the canoe over in an instant. If I didn’t pay attention he And I would both be in the water with a sinking canoe full of Missouri river dreams. This was the start of his first canoe trip ever, and I am talking about a dog always on the move. Especially outdoors. It was a long day. But I had confidence that he would get it down in a few days because he always gets things down. I just knew he would.

So off we went past Decision Point where the Corps of Discovery had to figure out which was the true Missouri. They took the right way after much recon and debate. The named the other river the “Marias.” Then past the Marias we went until we get to Coal Banks Landing.
Once at Coal banks I found a campsite with an interesting sign. 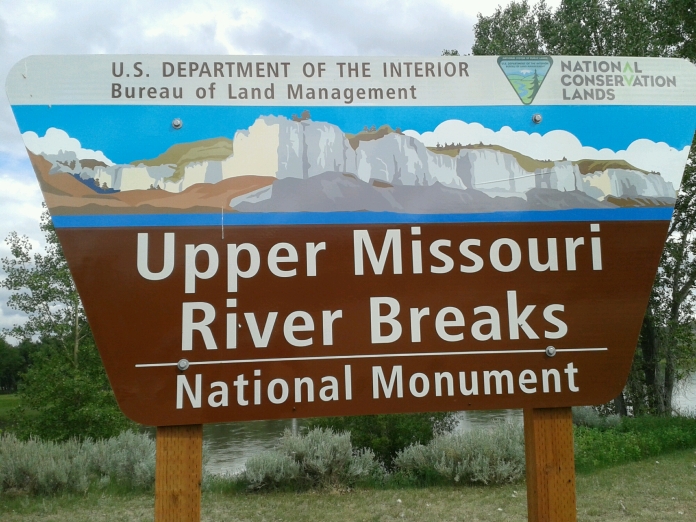 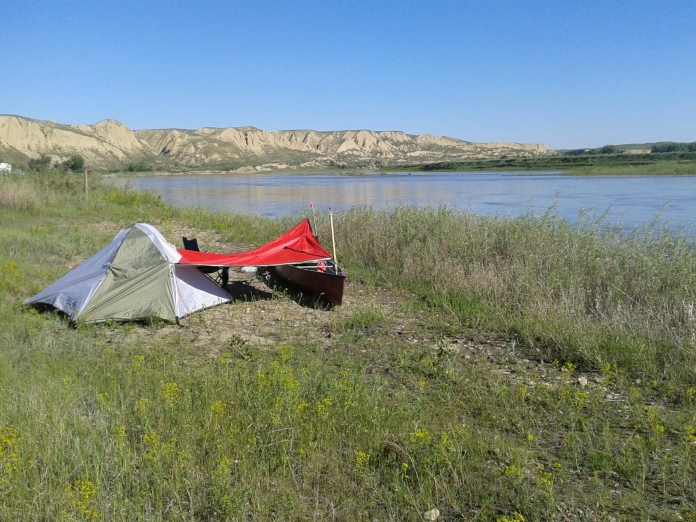 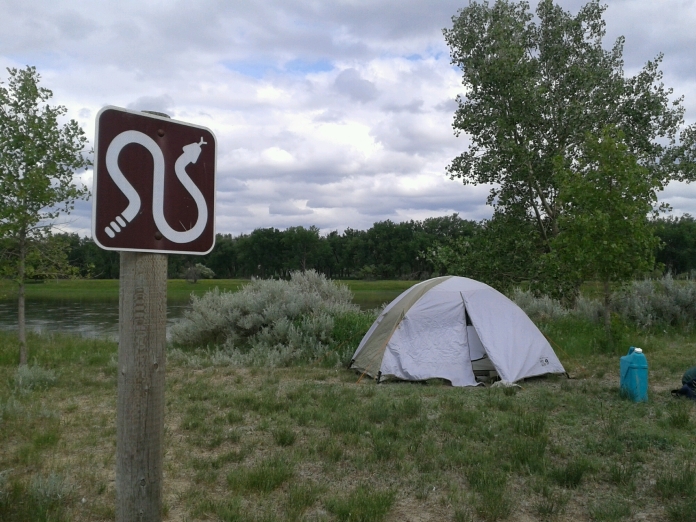